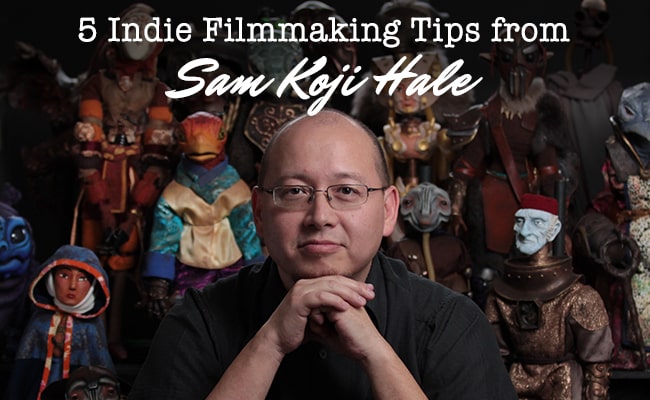 We asked Director and Co-Writer of our upcoming feature film Yamasong: March of the Hollows, Sam Koji Hale, to share five Indie Filmmaking Tips. This is what he shared.

Don’t just attack it, especially something like this kind of film requires planning, scripting, storyboarding, communicating with your team. Sure, there will be plenty of chances to be spontaneous and come up with some things on the fly (we added a great prison break moment that wasn’t scripted, lots of battle choreography were worked out on set between the performers, and some of our lead voice actors had a chance to improvise lines), but start with a plan and leave room to play. A feature film has too many people and moving parts to just be throwing stuff at the wall and seeing what sticks (I’ve been on those kinds of low-budget shoots and they are painful!)

FILL YOUR KEY ROLES WITH PROS

Indie filmmaking can be low-budgetville, but be smart in where you put your money, especially in hiring crew. I find a few leads who know what they are doing can set the tone and guide new recruits along. Whether its building puppets or performing, I let experience guide and the inexperienced learn and grow. I’m big on working as a team and try to find people who have been doing it for a while and still enthusiastic to share the craft. And recognizing young talent who could potentially explode with ideas once given the chance.

USE EVERY TOOL AVAILABLE

I know some practical effects/puppetry people who are very anti-technology. Digital is seen as a threat to the practical. I don’t. I think digital provides some wonderful tools to both live-action and animation (there’s just been TOO big a shift to digital by the studios, IMHO). I prefer more tools in my toolbox than less. I will use digital if it makes more sense – either time-wise or budget-wise. For example, we do digital eye blinks in Yamasong because the idea of trying to build a super-tiny mech inside a head that is only 3″-4″ tall is crazy to me – better to save that energy and money by asking a VFX artist to add the blinks in. It’s an easy choice in this case.

Making an indie film can be tough and people can be under a lot of stress. When I bring someone on to my show, I do my best to find a good fit for them (something I’ve often heard was one of Jim Henson’s strong traits), and encourage their growth on the project. We’re in this together, so I try to encourage and praise when things are working or great ideas come out. I try to remember we’re making a movie – this should be fun! And rewarding. If people walk away from my show not feeling this, then I’ve failed in that aspect as a director – we’re supposed to be creating something amazing onscreen together and walking away enriched by the experience.

BUILD OFF OF WHAT WORKS, ABANDON WHAT DOESN’T

This is my attitude going from one show to the next. I’ve seen productions that continue making the same mistakes over and over. I really try to be open to hear and see what’s working, and more importantly, what’s not working. Let’s strive to make something even better next time! And I’ll listen, even if it’s coming from a PA. I like the concept Japanese companies use where there’s a system of feedback from the bottom all the way to the top. No one is too experienced or too successful to learn and improve. 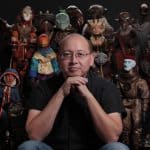