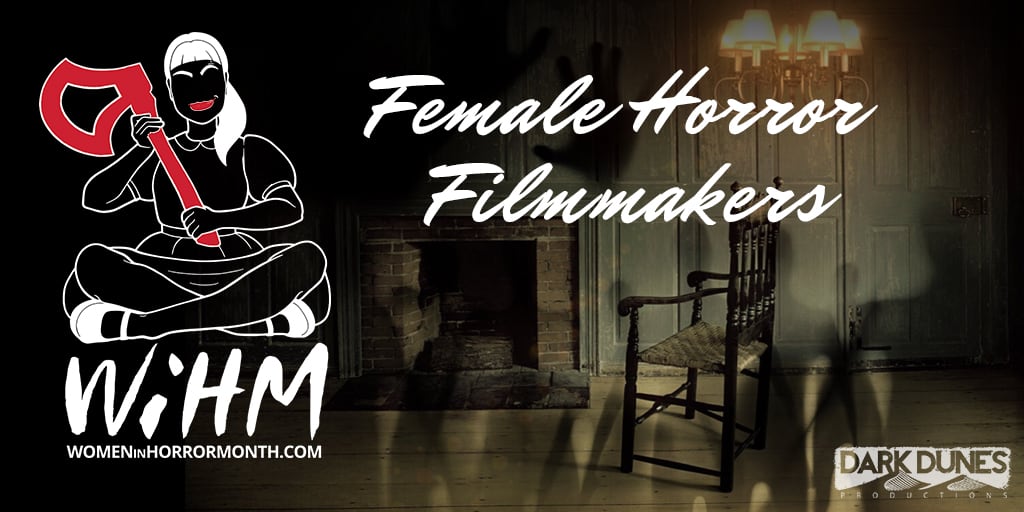 It’s that time of year again: Women in Horror Month! It’s amazing to have a dedicated month to shine a light on female horror filmmakers.

Our producer Mallory O’Meara put together a list of women to keep an eye on in 2018. These filmmakers are the vanguard of the horror genre right now. They’re breaking boundaries, blazing trails and most importantly, making incredible movies. Next time you’re on Netflix or Shudder looking for something to watch, keep these names in mind.

Leigh Janiak (Check out her film Honeymoon on Netflix!)

Sofìa Carrillo (Check out her segment in the XX anthology!)

Brea Grant (Just finished shooting a feature that she co-wrote!)

Roxane Benjamin (Check out her segment in the XX anthology and her upcoming feature film!)

Izzy Lee (Check out her shorts on Shudder!)

Jovanka Vuckovic (Check out her segment in the XX anthology and her upcoming feature film!)

B.J. Colangelo (Keep an eye out for her upcoming feature!)

Gigi Saul Guerrero (Check out her short in Mexico Barbaro!)

Ana Lily Amirpour (Her newest feature is The Bad Batch!)

Who did we miss? Share your favorite Women in Horror in the Comments below!