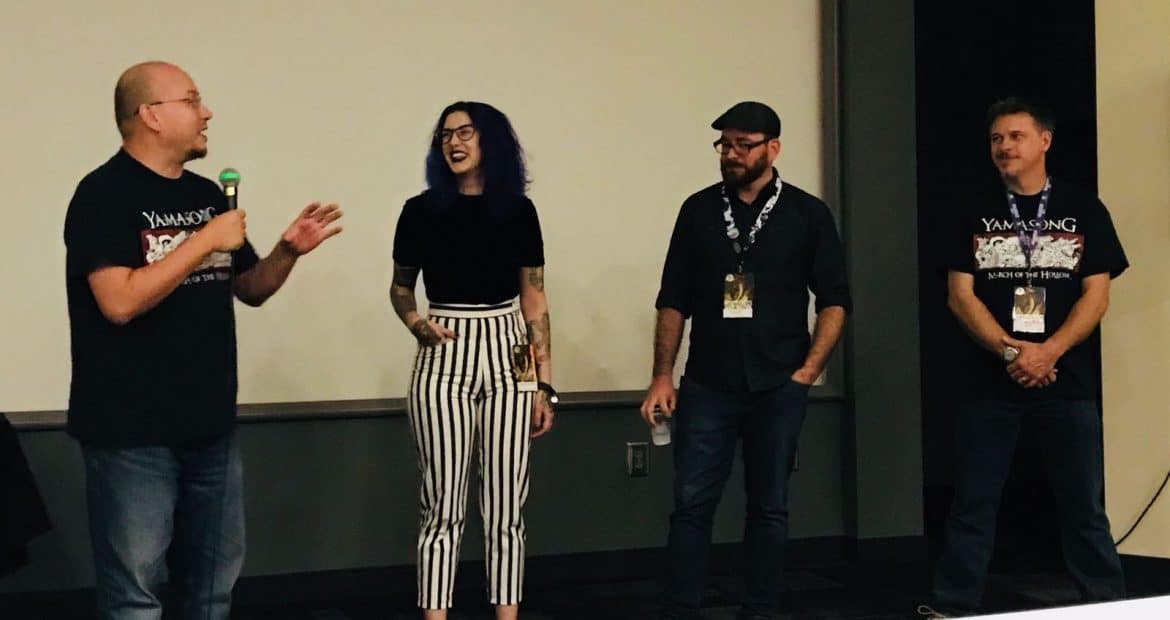 We took Yamasong to DragonCon – A recap!

We asked Yamasong director Sam Koji Hale to recap his time at DragonCon 2018!

Dragon Con was a blast! So much to see and do and not enough time – 30 different tracks running simultaneously. As Matthew Foster, director of the film festival put it, it’s like 30 little kingdoms all packed into one convention! I spent most of my time in film and puppet track and that filled my four days. 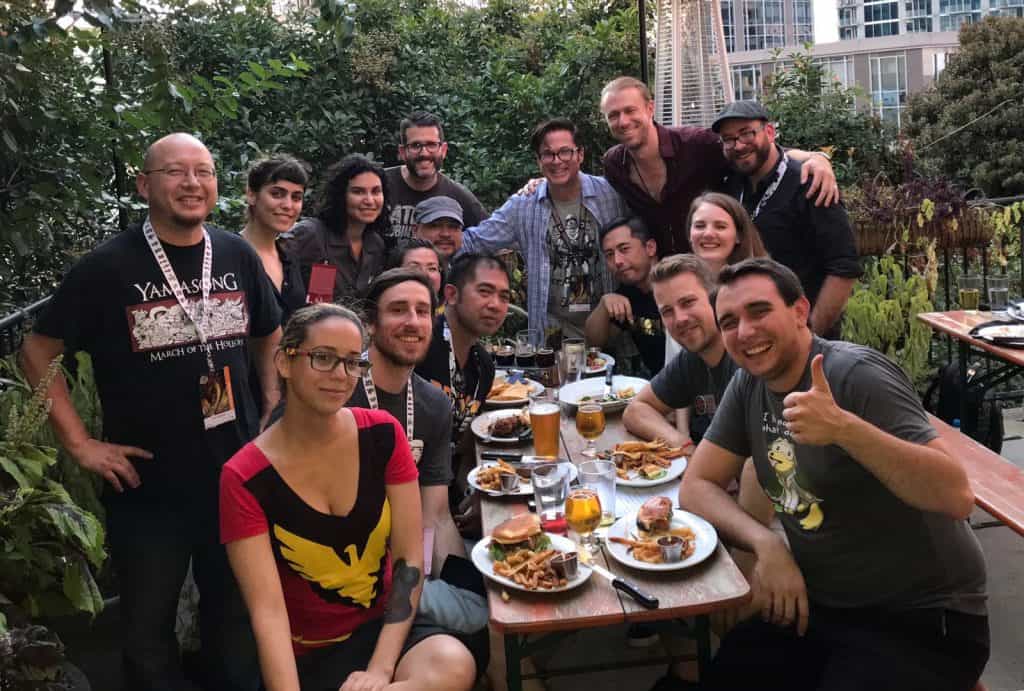 Dragon Con was also a homecoming for Yamasong. We had three Yamasong screenings, two of the Dark Dunes feature “Yamasong: March of the Hollows” as well as an encore screening of the original Handmade Puppet Dreams short that won Best Animated Film at Dragon Con in 2010. All three films were very well-received, including the Friday late-night screening in puppetry track that despite a noisy fire alarm, the audience, riveted by the film, refused to leave the room! 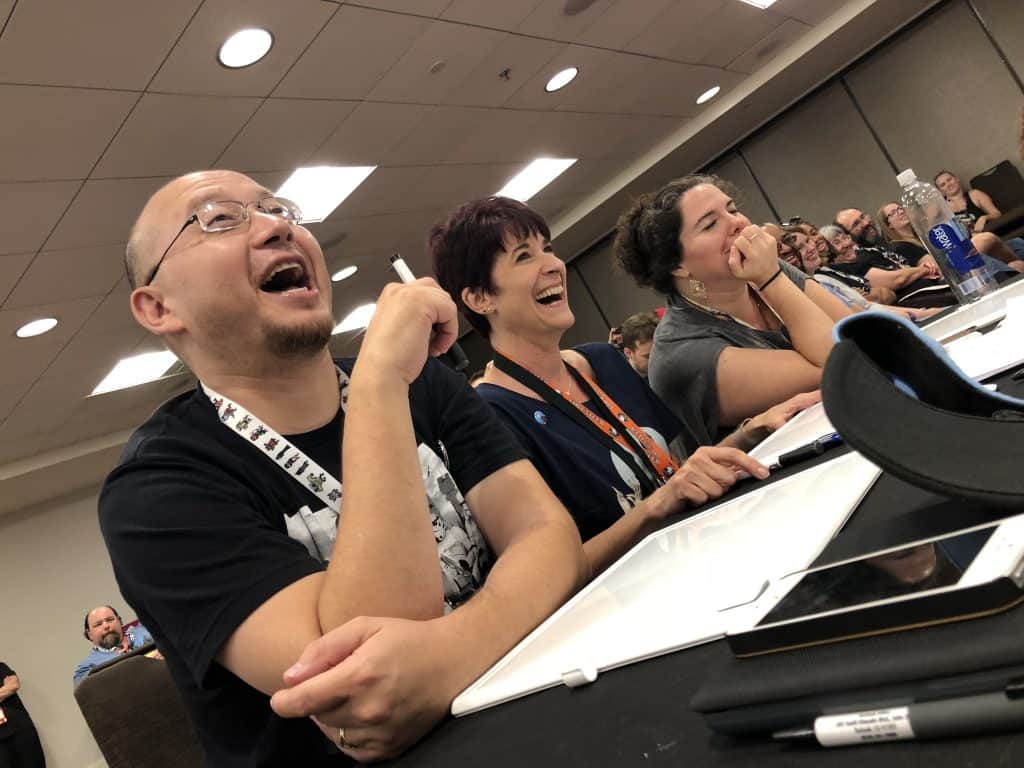 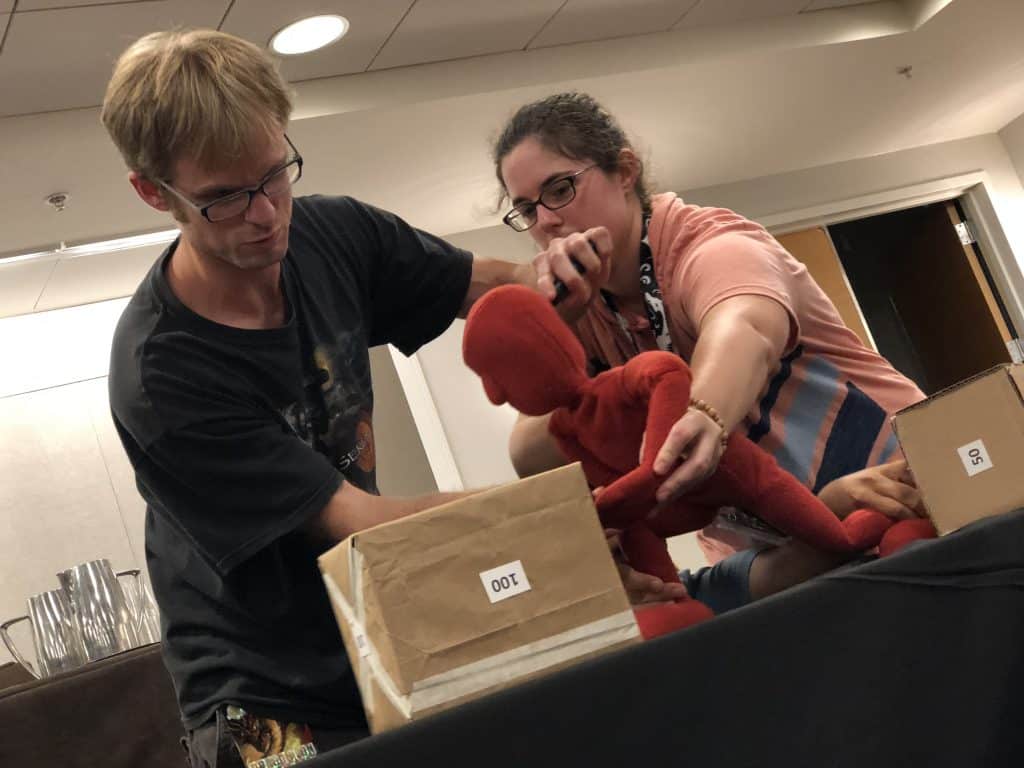 I also participated in other events, including a panel on directing and writing for puppet film and the massively popular Ultimate Ninja Warrior competition, which I judged. After all the craziness that was Dragon Con, I wrapped my stay in Atlanta with a visit to the new “Dark Crystal” exhibit (a BIG inspiration for me!) at the Center for Puppetry Arts. Fantastic, fantastic time in Atlanta! 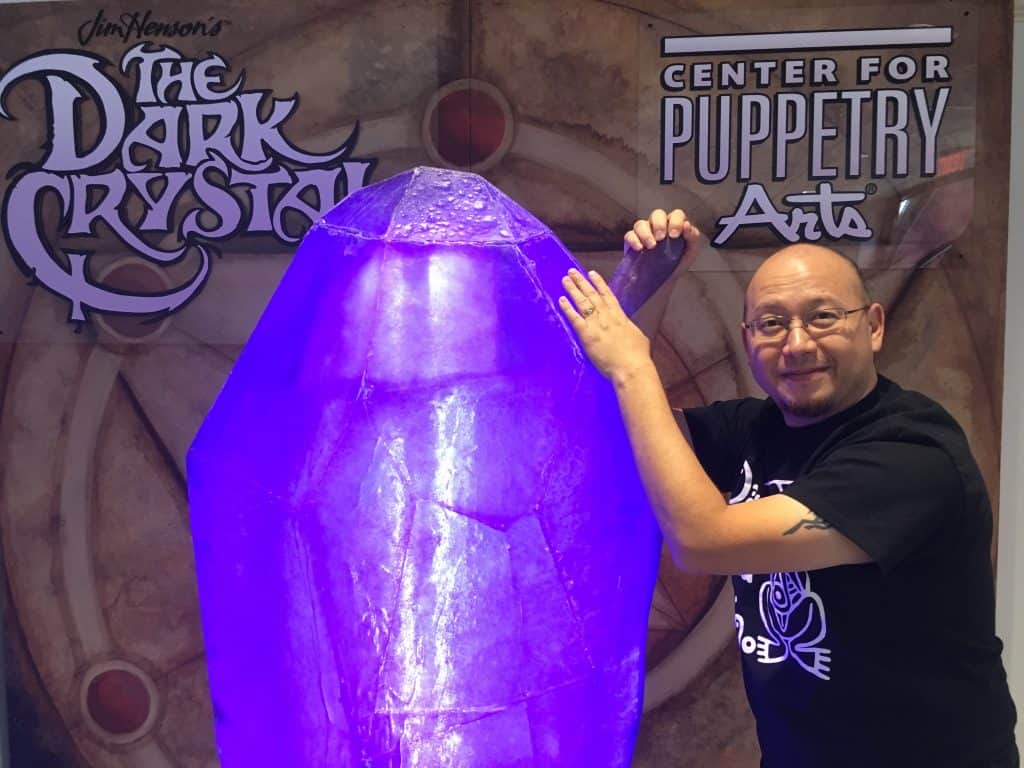 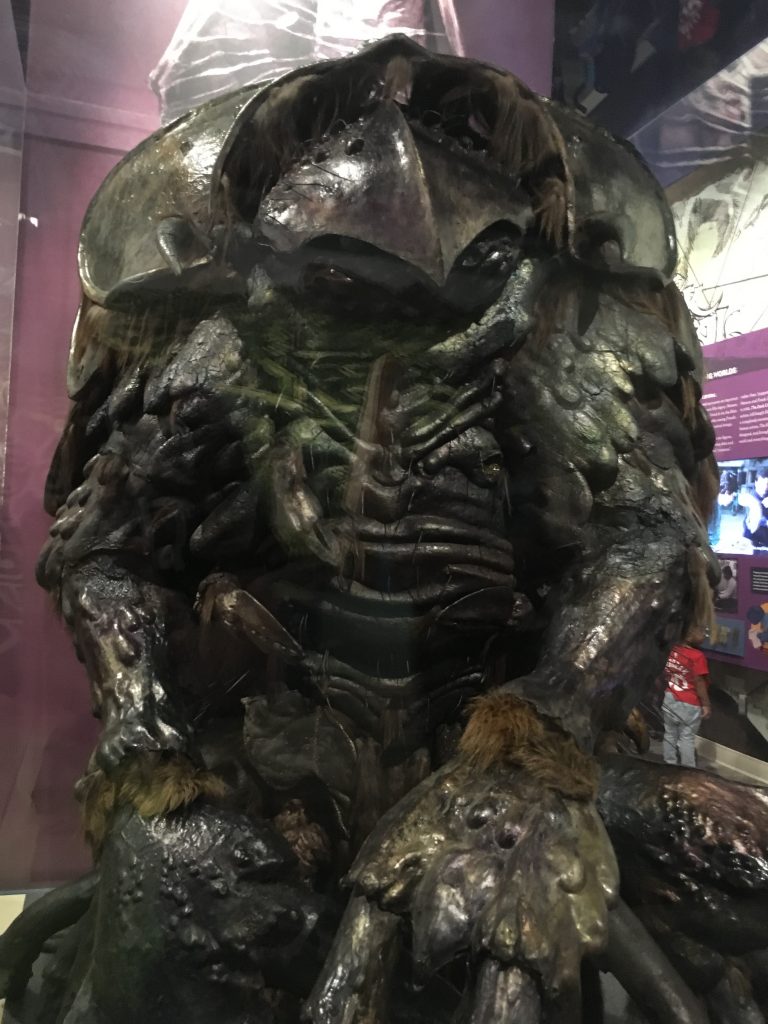