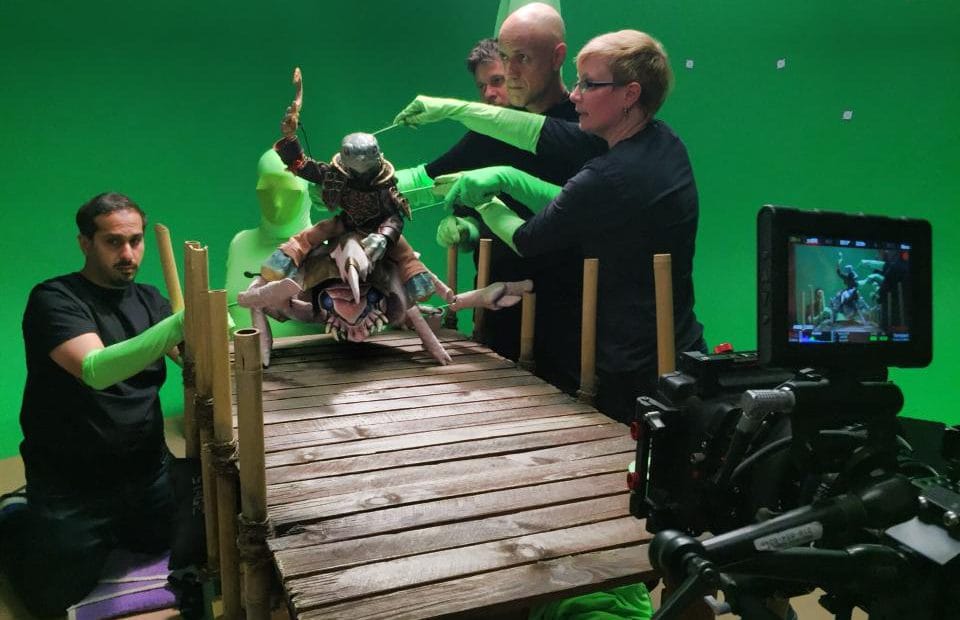 The Dark Dunes team is thrilled to announce that Yamasong: March of the Hollows has begun shooting and is developing into quite an incredible project! The first week of puppet shooting is wrapped, and we are almost entirely cast. Yamasong will be brought to life by Malcolm McDowell, Bruce Davison, George Takei, Nathan Fillion, Ed Asner, Peter Weller, and Abigail Breslin, with two more female supporting characters not yet ready to be announced. We are extremely proud and excited to bring this incredible group of talent together on such a unique project. Malcolm McDowell recording the voice of his character Lord Geer. Peter Weller with his character Brujt and the team. Stay tuned for more updates on the magic of Yamasong!